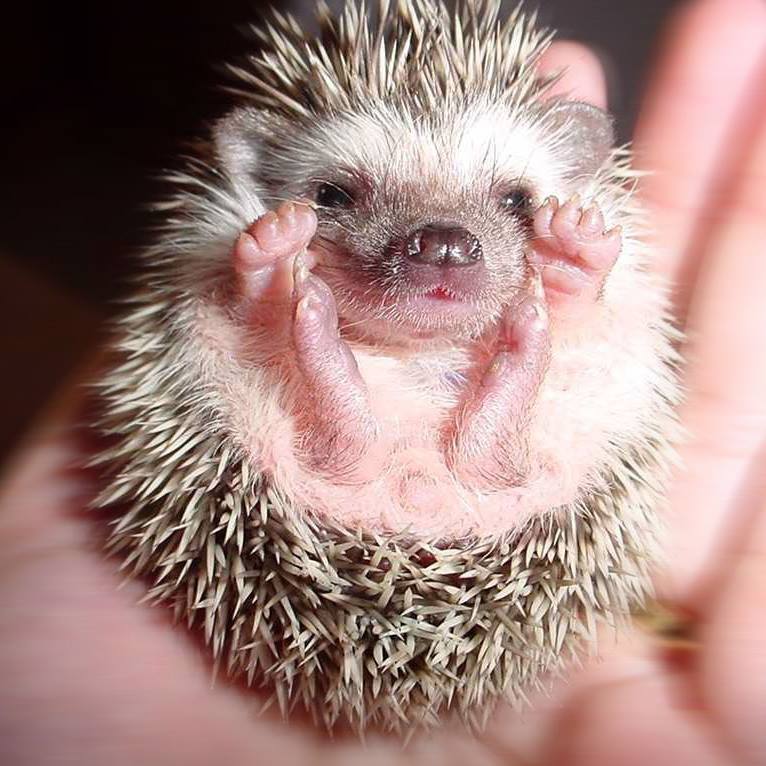 Hedgehogs are timid and extremely beneficial to the garden environment where they bring both delight and value to the gardens they inhabit. They are encouraged by natural dense undergrowth beneath hedges and piles of leaves, as well as nesting boxes situated in a safe and quiet area of the garden.

These small animals nicknamed ‘the gardeners friend’ come out at night and spend the day sleeping under bushes or thick shrubs. Their thick and spiny coat provides a good defense against predators as they curl up into a ball for protection and the fleas that inhabit it will remain on the host and not transfer to the family pet.
They rely on their sense of hearing and smell as their eyesight is weak despite their nocturnal vision and their long snout helps them to forage for food.

Hedgehogs survive well in gardens, as dog food and specialist hedgehog food put out for them encourages them to visit. It’s important that food is replaced daily and is accompanied by fresh drinking water. They are also partial to dried mixed seed and wax worms in spring. But even without the convenience food, hedgehogs have a varied protein diet (they don’t like their greens!) and will forage out food for themselves in the undergrowth, finding slugs, insects, invertebrates and other garden pests such as mice, frogs and even snakes. Beetles are a favoured food source, as are worms and caterpillars and if you listen carefully you can even hear them scoffing their supper, as despite their small, and quaint appearance, they are very noisy eaters and emit pig-like grunts as they rummage for food, hence the name hedgehog!

Nore do hedgehogs have much loyalty. They will wander from garden to garden over the span of several evenings, travelling 1-2km each night and returning to the same daytime nest for a few days at a time before going on to use another. Sometimes they will return to an old nest at a later date.
Hedgehogs hibernate between November and mid-March, normally in a stack of leaves or branches in your garden and in a place that provides some protection such as under a shed. It’s important to feed hedgehogs well into autumn until hibernation finally takes place.

HOGLETS
Hedgehogs give birth to hoglets late in the year, meaning there is insufficient time for them to build up fat reserves and survive the harsh winter. Leaving food and fresh water out throughout autumn and into winter will help them immensely. As will leaving dry food out in winter just in case they can’t sleep. Once April arrives and hibernation is over, there should be sufficient food available for them to fend for themselves.

IT’S A JUNGLE OUT THERE!
However gardens can be quite dangerous for these timid creatures. Hedgehogs are often found hibernating under bonfire heaps before they are lit or wander into trouble near water as despite been able to swim, they often struggle to get out of garden ponds without sloping sides or something tangible to cling onto. Garden tools such as strimmers attack the very places that hedgehogs hang out during the day and tiny legs get caught in log edging and it’s not unusual to see these inquisitive small creatures walking round with a yoghurt pot stuck to the top of its head! Perhaps the biggest threat in this garden jungle is poisonous slug pellets, which although not in every garden is more than likely to be in some of your neighbours!

Hedgehogs can be seen in public parks, wasteland and in the countryside but the best place to spot them is in your very own garden on a lovely summers evening as you watch in awe at the hidden miracles of garden wildlife.